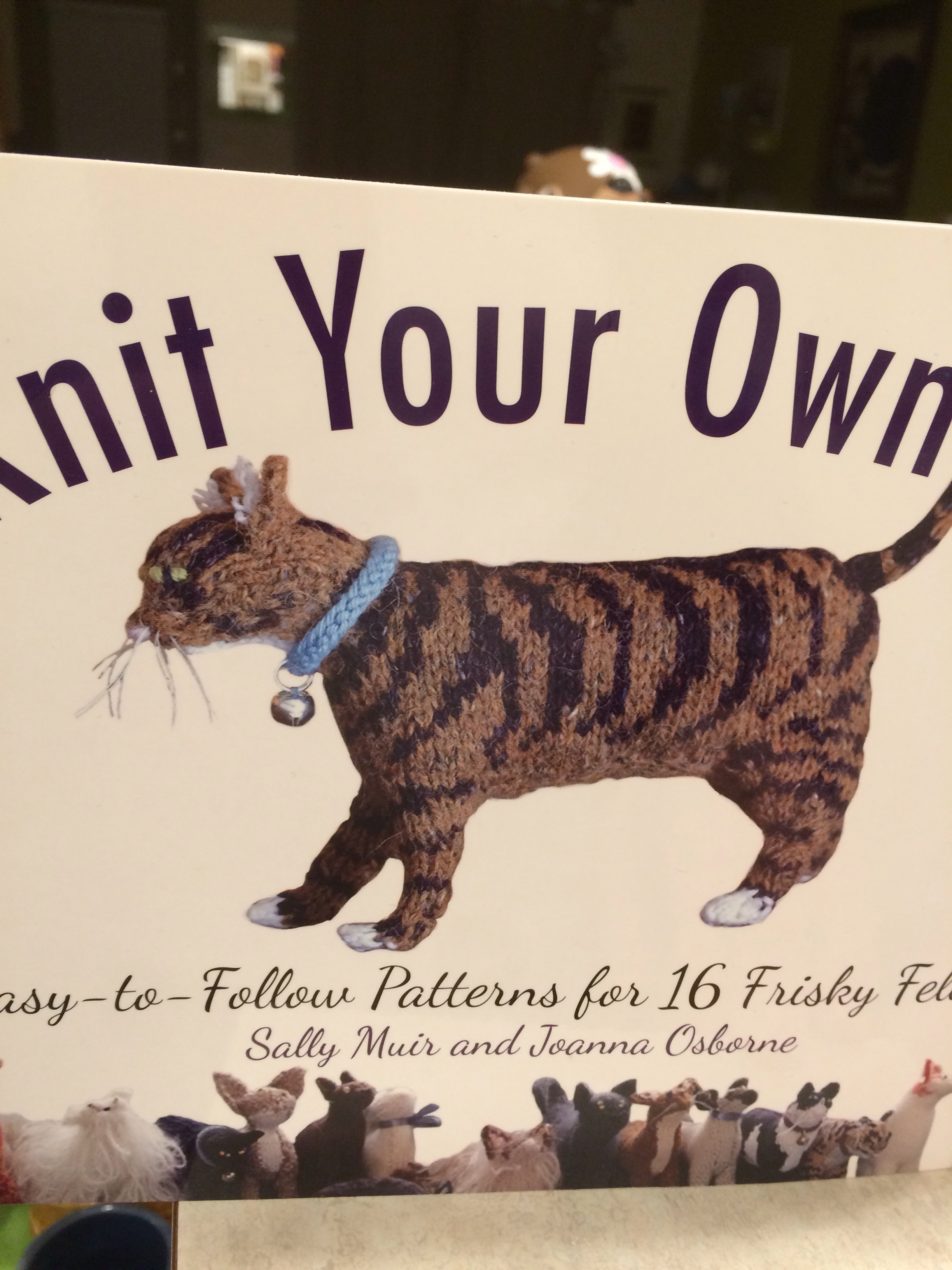 Has it really been only four years since the book Knit Your Own Cat came out? I got my hands on a copy as soon as I could. After all, I had Slinky, the world’s most wonderful Devon Rex. And, the book has a pattern for a Devon Rex, made with boucle yarn to capture that lamby look. 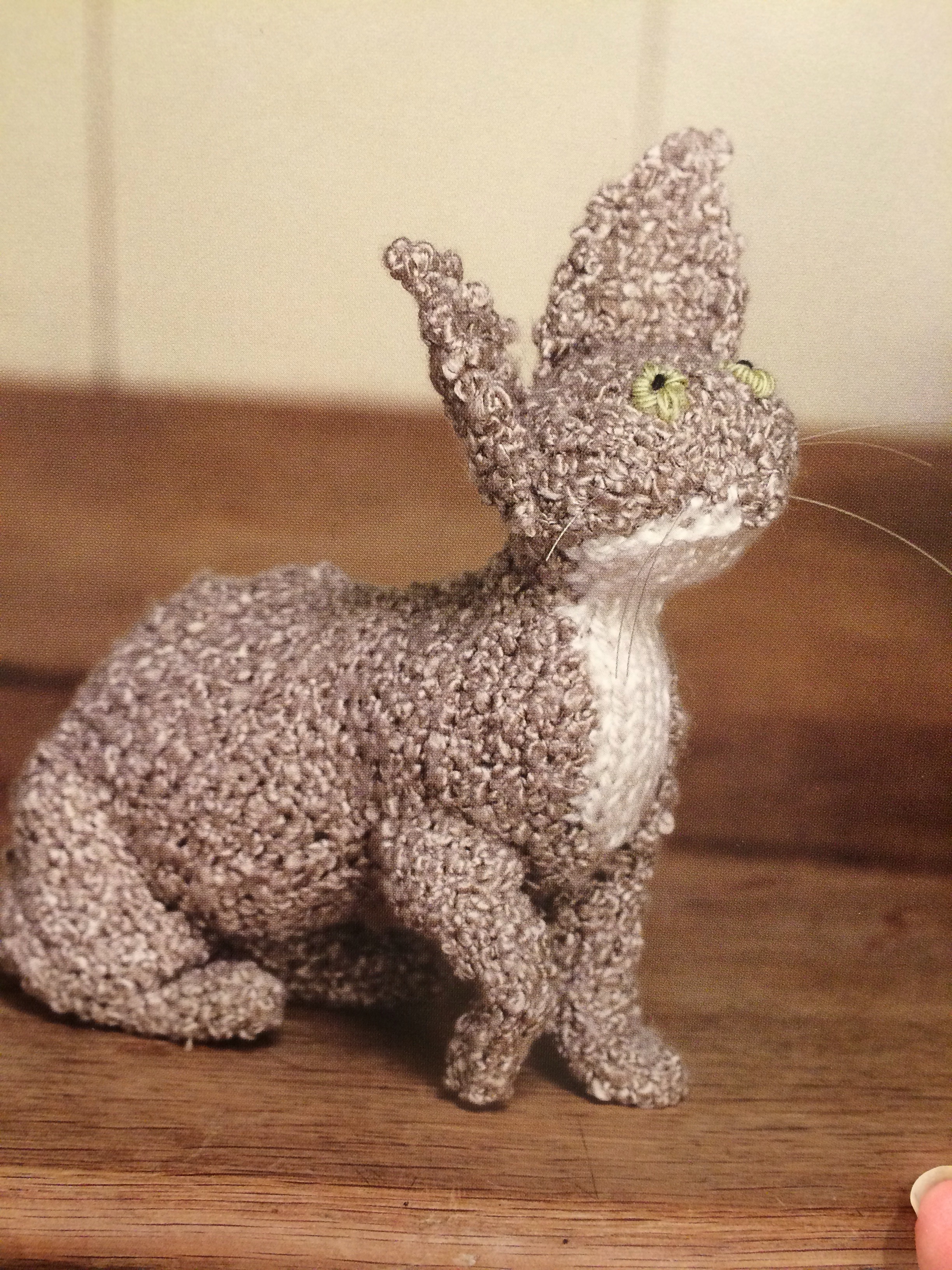 I won’t lie, all of the cats are adorable. And, while the knitted Devon pattern is particularly totes adorbs, it’s no real life Slinky. Despite the best of intentions. I never made a black-and-white Devon. 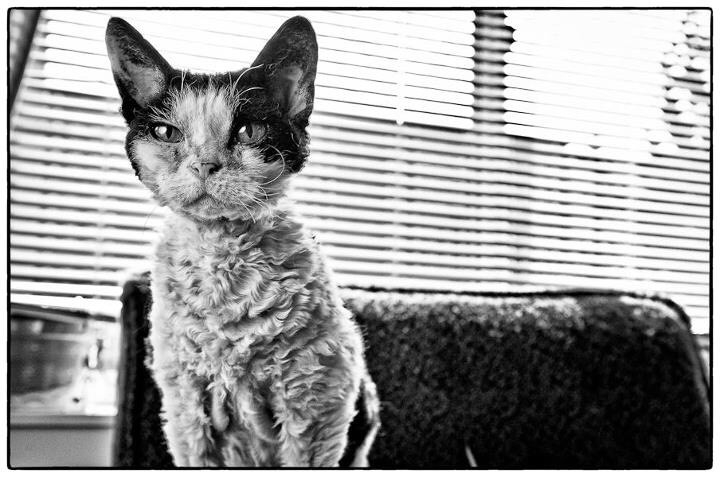 Cut to February of 2014. My Slinkalina — other nicknames included Slinkster, Schmoozalina and Furry McPurry — started out on the path to renal failure. (She’d already been prone to mammary tumors having spent her early years as a breeding animal.) She spent a spendy five days with the vet, but I got another nearly four months with her. That spring I was as lazy as a girl could be, doing little else in my free time than just sitting with my curly girl. I have no regrets about that time with her!


In May of that year, Slinky took seriously ill again. By mid June she was gone. Just few weeks before I had to say goodbye to her, I met Morgan. More than once I’ve said that I lost my cat, but found a unicorn.

There are no cats on the horizon. Unicorns, I’ve learned, are allergic and even I’ve been able to back off from so much allergy and asthma medicine. And, I don’t know that I’ll ever knit a Devon Rex. Or Maine Coon or Persian or any other kind of cat. I will, however, continue to miss Slinky every single day and continue to lover her and wish I could smell that soft, little head just one more time.

I think Knit your Own Cat is a great book. And, I hope that it will find it’s way into the hands of a Devon Rex owner. That would be great. But, animal lovers tend to be good people, so I’ll not get hung up on details. However, the title is also tied to one particular cat, not a love of cats in general.


I also unearthed Kitty Knits. I have to admit, there are some really cute patterns in there for hats and scarves and cat toys and fuzzy slippers. I don’t know if I’m ready to part with that one just yet. I meant, the felted cat door stop would be great in a lime green or orange yarn. Because that title, while purchased when I had a cat, still isn’t tied to Slinky. This one just might stay.

So, this was less about a book and more about Slinky. But I think it kind of had to be. I sure do miss my kitten-kitten. 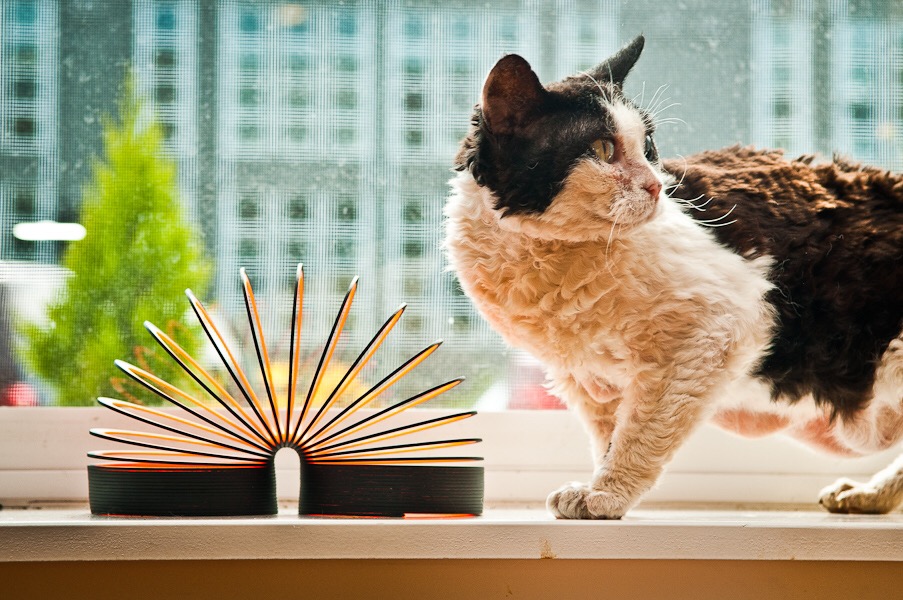